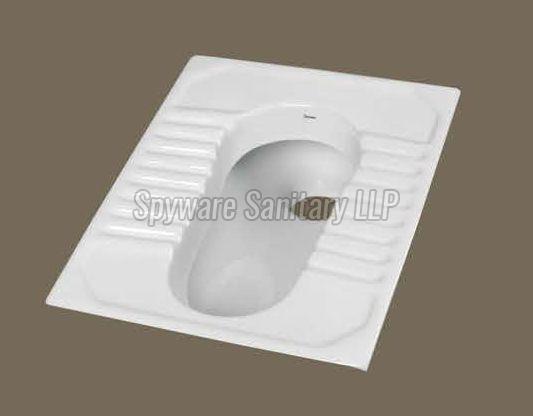 Orissa Pan Toilet Seat Cover is generally required for the Indian style toilet. This style of toilet is also known as the squat toilet. It is termed so because the user has to squat down to answer nature’s call.


In this system of the toilet the user puts each foot on each side of the pan and uses the squatting position. Although there are many types of this toilet, they all have the same arrangement for every type of toilet. It essentially consists of a toilet bowl that is placed at the floor level. On either side is a footrest made of the same material as the bowl.


Sometimes this type of toilet has a flushing system overhead or sometimes it is dry. At times a tap on the side is attached to the wall. But most squat toilets or Indian toilets do not have a seat cover.

Why Is A Seat Cover Needed


A seat cover is needed for every toilet be it the Western-styled one or the Indian styled one. The seat cover is a requirement for hygiene purposes. After usage of a toilet if a seat cover, if it is placed on the toilet it prevents the whole bathroom area from becoming foul smelling with the water vapour emanating from the bowl of the toilet. After usage, if the seat cover is put back down, then the smell stops from being spread.


It also stops the bacteria from spreading to the whole place. A toilet seat cover is thus very essential. So the Indian style toilet also requires a seat cover. That seat cover in all essentiality is known as the Orissa Pan Toilet Seat Cover.


In the Western style toilet, most people use the seat cover while using the toilet. So there is human contact with every usage. If it is not properly cleaned or disinfected, then there could be chances of infection and diseases spreading very fast and easily.


But this is not the case with the Indian style toilet. It is because there is only foot contact that happens with footwear on. So there is a minimum chance of diseases spreading. That is why it was previously used by the entire world till about 1976. But after that, it gradually got phased out.


But the Orissa Toilet Pan Seat Cover is not at all used while using the toilet bowl. So technically speaking this form of a seat cover spreads minimum germs and bacteria. It is very safe and can be used without any further thought.


This kind of seat cover is more beneficial in public toilets. It serves its purpose of not spreading germs and bacteria while it is covered and it does not spread infections. It is easier to get the toilets and the seat covers cleaned on a regular basis.


Where To Get The Seat Covers


Many manufacturers everywhere around the country are manufacturing the covers. At any given time you can get the item from Orissa Pan Toilet Seat Cover Suppliers. In India, this type of cover is still very much in use because of the rampant usage of Indian style toilets.

This entry was posted on December, 29, 2021 at 11 : 41 am and is filed under Orissa Pan Toilet Seat. You can follow any responses to this entry through the RSS 2.0 feed. You can leave a response from your own site.